A Simple Thought on the International Women's Day, 2012

A Simple Thought on the International Women's Day, 2012


The theme of the International Women Day 2012 is: “Empower Rural Women—End Hunger and Poverty.” Without any doubt, this is a very important focus though not sure how women in the third world countries would be or could be benefitted from it. Glancing at the United Nation’s International Women’s Day themes since it started in 1975, violence against women is a reoccurring focus, we may conclude. I have no doubt about the highly qualified people organizing and working for this; however, can’t really help but asking, has violence decreased after all?

Women have been objectified for a long period of time throughout history despite of hemispheric differences. Men employed various rules to captivate them, to hinder their mental growth, their independence. More than anything, they have caged women using religion as a shield. Women had to follow certain rules set up by men. For most religions and most societies, covering entire body regardless of extreme hot or cold has been one of the prime ones. Women’s roles also have been determined by men as well as the codes of behavior, not to mention the overall attires along with usage of jewelry. Men dictated what they should wear, how they should talk, walk, laugh, sleep, eat, and what not.
By crossing many hurdles so many great souls that include men too, have brought women into today’s stage. Women are now competing with men, working at the same pace, creating excellent art work, and so on. However, it really pinches our thought if we squeez our eyes to see a little deeper. Aren’t women still being objectified by men and their ruled society? Are women really free now? Has the violation against women stopped in a larger scale? In the threshold of humanity and freedom, where do women really stand today? Is physical abuse only considered to be violence or are there more branches to it?

Women are still dressing as men want them to; difference is, they think it’s their freedom. So, now instead of covering their entire body they are exposing their body thinking that’s driven by their own choice. So, in the name of being fashionable which is extraneous, they are just satisfying the changed need of men without being aware of it. It’s not men, but women only who really can rectify this abuse.

Women are being negatively projected, bullied, and pushed down in various ways. This maneuver is unknown to most as there are labels of equal rights, freedom for all, and so on. Until or unless respect can be developed within us for women, freedom can be and will be manipulated. As a result, we see new ways of violating women’s right of which eve teasing, posting sexually explicit pictures, cyber bullying, black mailing, cursing using female body parts are some examples.
Women all over the world need to be self-conscious about these intrigues. As women have earned economic freedom to some extent, in most cases there’s a facade men are using against them as a part of the same old game.  So, instead of focusing on physical beauty, intellectual growth should be the pivotal concern which only can give the real freedom. We are born with physical beauty; it’s the later one that we need to build on which can protect us and will give us the sense of dignity.


Let’s cheer up for humanity! 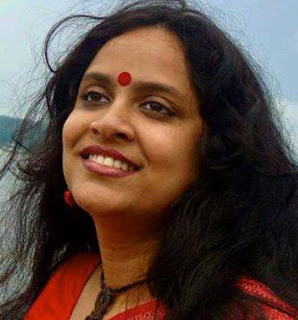 Posted by Vision Creates Value at 18:51